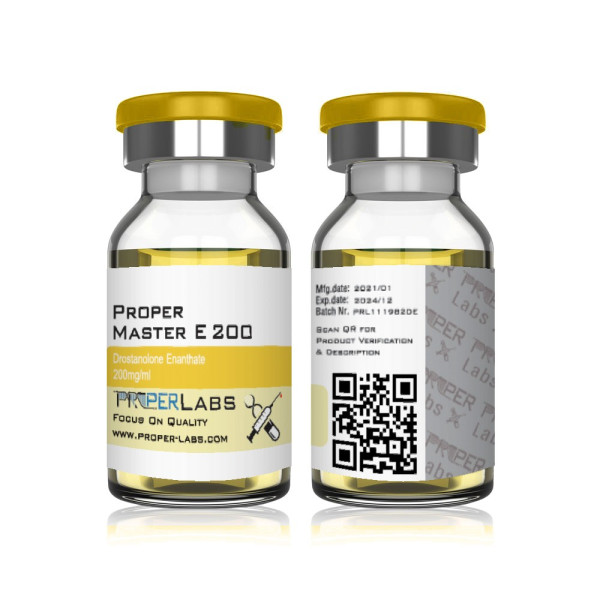 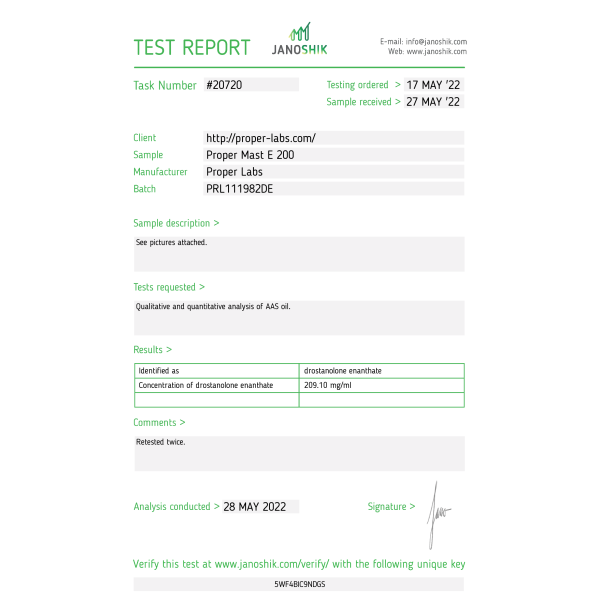 £51.00
Masteron/Mastabolan Enanthate(Drostanolone)- Is an anabolic steroid, often named in the bodybuilding world as a  Mastabol or Masto.
Enanthate often referred to as a long-acting anabolic steroid.
This name comes from the fact that it is metabolized very slowly by the body so that its action lasts much longer than a substance
with a similar structure - Masteron Propionate. This is because of having an additional ester group that significantly
increases the half-life of Masteron Enanthate in the blood.
Masteron(Drostanolone) is considered to be an anti-estrogen, unfortunately its effectiveness in this area is low.
If you use high doses of testosterone, anapolon or methanabol and have a problem with estrogens, using Drostanolone is not for you.
Masteron is a strong androgenic steroid that affects the increase and harder muscles and to achieve a good look.
For those with a relatively low level of body fat, the effect of the steroid will be significantly more clearly visible.
Masteron Enanthate does not cause water retention or hypertension, but is also a safe remedy for the liver
Masteron fits perfectly into qualitative cycles, it can be combined with trenbolone or winstrol.
Of course, in this case at least 250-300 mg of testosterone per week must be in the background.
In addition, trenbolone by its aggressive action is completely unsuitable for beginners.
Due to the long half-life, Masteron Enanthate does not have to be used every day. On average, two subcutaneous injections per week are sufficient.
The best results can be achieved by using a dose of 300 - 400 mg per week.
Over time, it may be increased, but remember not to exceed a dose of 600 mg per week.
It is also worth remembering not to go below 200 mg per week, because it is too low a dose to cause noticeable differences in the body. 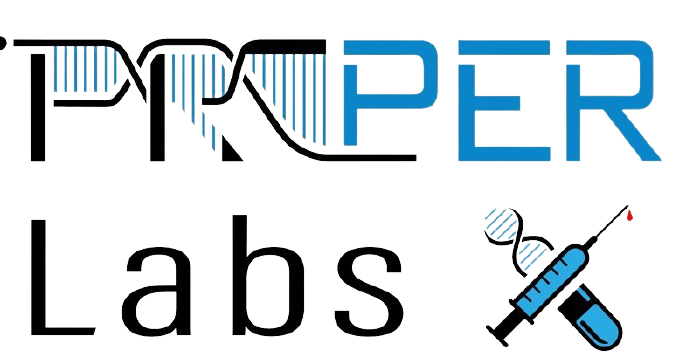 Rated 5.00 on the scale 1 - 5 based on 1 customer reviews
nigel M.
Verified purchase

very smooth to inject, no P.I.P after injection, high quality product, would not go to another lab after this 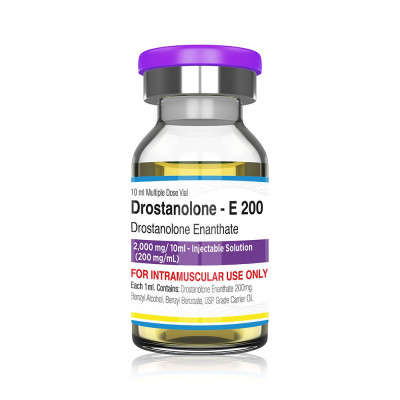