Anavar (Oxandrolone) or popularly known as Oxa is often mistakenly considered a weak steroid.
One reason is that using Anavar alone is never extremely effective.
Some bodybuilders take Oxandrolone in combination with other steroids to build hard muscles.

Anavar is very popular when used in cycles with other steroids, where its effects on muscle endurance and recovery have also been noted. 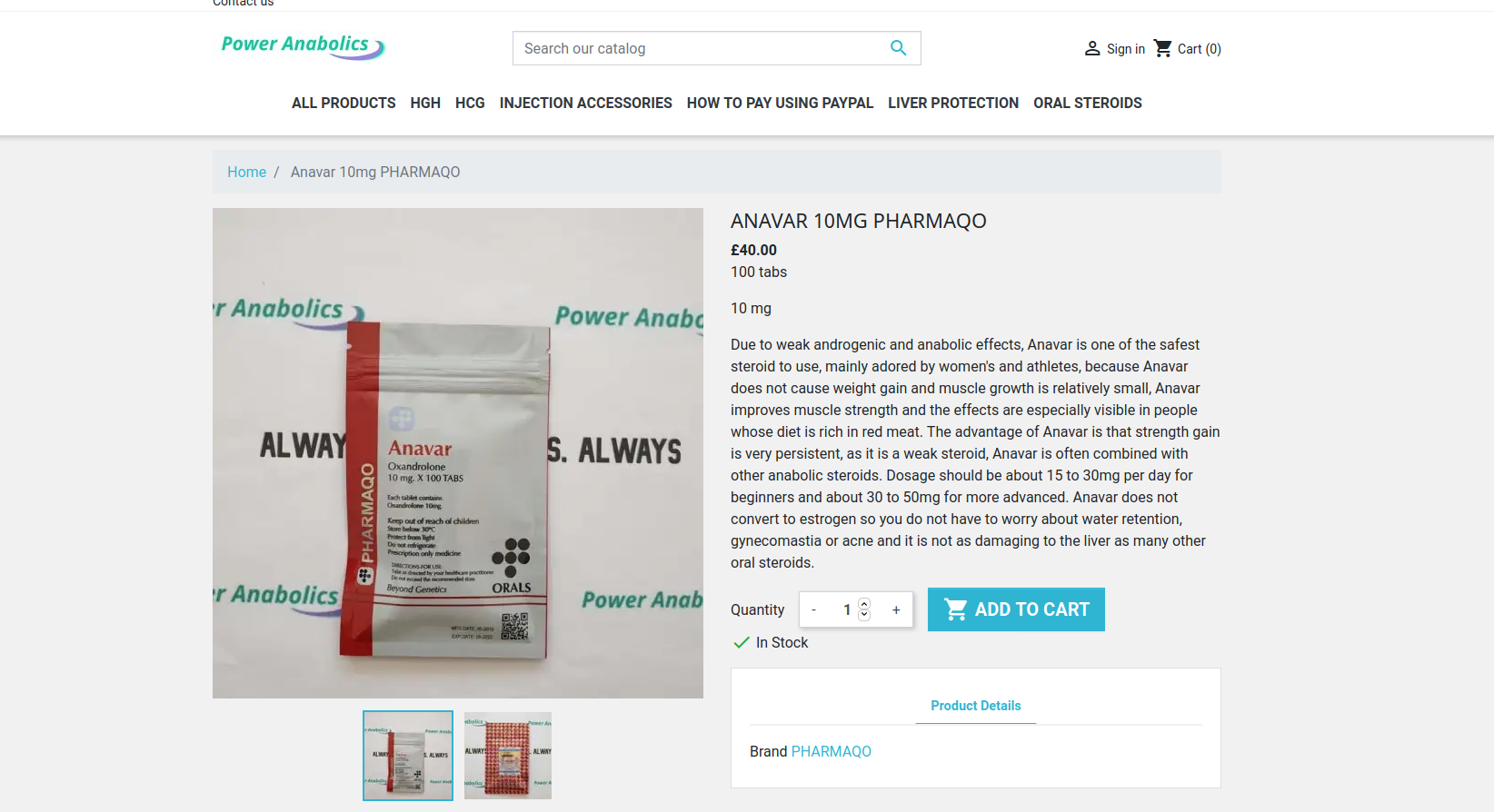 Anavar does not aromatize and contributes to the improvement of muscle hardness and quality.
Another advantage is that it stimulates the synthesis of creatinine phosphate like no other anabolic steroid,
which results in a large gain in strength, and we can increase it even more by regularly eating red meat or adding creatine monohydrate to the cycle.

Dosage and side effects

This steroid has very few side effects for the amount of benefits it has to offer.
You should definitely approach oxandrolone with caution and humility. If you are not a professional who is getting ready for the competition,
make sure that your dose does not exceed 50 mg of oxandrolone per day.
This is a safe level for men that will allow you to familiarize yourself with the steroid cycle. Women, in turn, should reduce the dose by up to half.
Oxandrolone certainly belongs to the list of popular steroids. More and more often it is said that in some gyms
oxandrolone is starting to catch up with agents like testosterone or Dianabol.
Probably the reason for the ever-increasing popularity of Anavar also known as oxandrolone is that this steroid begins to be combined in the cycle with other agents as well.

Addition to your cycle

People sometimes use Anavar as an addition to the cycle, which is designed to support the development of strength in training.
This approach to oxandrolone has a huge impact on the fact that low doses of this steroid are very mild and do not cause too fast
hormonal fluctuations in the human body who decide to follow such a cycle. In the circles of people interested in the cult of the gym, one can notice
that some people who decide to take small Anavar dose, sometimes even give up post steroid cycle therapy,
called PCT. Practice usually does not cause significant concern, but it is worth remembering that whatever mild measure it is,
It is always worth considering the appropriate PCT that will help restore the hormonal balance to the state before taking doping.
Certainly, the progress on the cycle with oxandrolone will not be as dynamic as the one on trenbolone,
however, we should not be fooled by his gentle side.
Anavar can really support strength progress, some people at an intermediate level,
who were able to bench press 100 kilograms in the gym, after eight weeks of the cycle noticed that during this time their limit in bench press increased by up to 20 kilograms.
This is an impressive result as even 10 kg would be a noticeable progress.
Steroids are the true art of choice. Each measure will be responsible for different results and will open up different possibilities for the user.
For example, Trenbolone will be dedicated to anyone who counts on the greatest possible increase in mass.
Trenbolone is the best choice for anyone who counts on developing as many of their muscles as possible.
Otherwise, professional athletes who are looking for a supplement to their figure will choose Winstrol.
But when should people turn to Anavar? What are the best purposes for this doping?
Oxandrolone will first of all be a good choice when the person deciding on a cycle depends on losing body fat.
If you want to use a steroid that in a reasonable, safe amount will make you lose some weight without losing strength,
and even improve your results, Anavar will be the perfect choice.
Lose a few pounds and enjoy improved strength results. Anavar will discover your belly six pack and help you break the bench press record.
Additionally, the higher the dose per cycle, the more noticeable the results will be. However, remember not to overdo it.
What does oxandrolone really do to the body of the user of this steroid? First, it stimulates the metabolism.
It significantly speeds up its work, which, of course, contributes to radical weight loss.
This is because the body starts to use more and more strength when exercised to cycle with Anavar.
As a result, more calories are burned on a daily basis. Anavar also promotes the acceleration of the oxygen balance in the body,
so that additional calories burned during the cycle are more readily absorbed from adipose tissue by our body.
In a cycle with Anavar, the more calories you burn during the day, the more fat you will start burning.
Anavar will also increase the number of red blood cells, which will help you overcome the body's natural barriers.
Anavar, like most oral steroids, has a 17alpha alkyl group, which is related to its hepatotoxicity.
However, it is not as high as in the case of Dianabol or Anadrol. Liver tests may show a slight elevation of the enzymes,
however, not large enough to cause liver damage. Contrary to the previously mentioned measures,
Anavar is not completely metabolized in the liver. It was found that almost 1/3 of the dose taken is present in the excreted urine intact.
Given this fact, and the low dosage of the agent, it is easy to understand why it is not very harmful to the liver, despite the 17alpha alkyl group.
Anavar doping doses for men range from 40 to 100 mg per day, for ladies 10-25 mg per day

You can get anavar here: