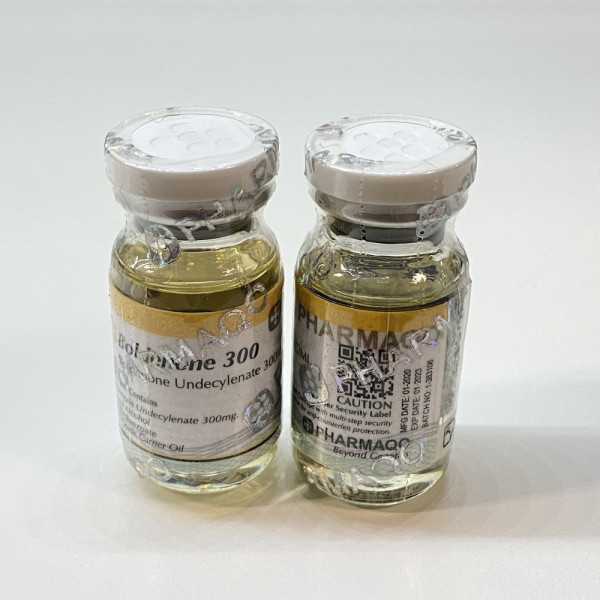 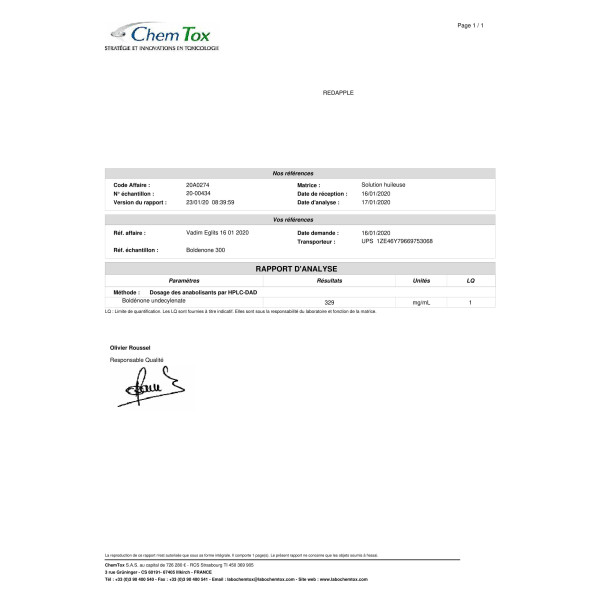 Boldenone (undecylenian) - Is one of the most popular and also the most effective anabolic steroid.

Due to its properties, it is very popular among both pro bodybuilders and amateurs who want to effectively
accelerate the process of building their figure.
Building muscle mass using Boldenone takes quite a long time, but it is regular and gradual.
This steroid is recommended to bodybuilders whose goal is to sculpt an aesthetic figure and develop hard muscles without excessive fat tissue.
Its estrogenic activity is low but present. This has more positive than negative effects.
The aromatization of boldenone is too small to create real problems at normal doses (300 - 400 mg / week),
so gynecomastia or too much fatness are unlikely to occur.
When using Boldenone on cutting cycle you must be aware of the increased appetite caused by taking this steroid.
Eating too heavy meals can obviously reduce the effects of a reduction diet.
With long-term use of Boldenone, there may be a risk of blood clotting, so you should regularly reach for aspirin during the cycle to avoid this risk.
It should not be taken by athletes undergoing doping controls, because it is detectable in the body even for a year after the last injection.
Boldenone is one of the most universal and also the most modern and effective anabolic steroids currently available on the market.
The main advantage and also the most important result of the cycle using Boldenone is a very clear improvement in the definition of muscles,
i.e. their sculpting and density.
Studies show that the anabolic effect of Boldenone is up to 7 times stronger than it is in the case of Testosterone,
which is a substance very similar to Boldenone in terms of its chemical structure.
The dosage of Boldenone ranges from 300 to 400 mg per week, administered as a single injection.
However, many bodybuilders believe that Boldenone brings the best results using the loading phase:
in this case, an increased dose of 600 - 800 mg per week is used for the first 2 weeks,
while the rest of the cycle uses a standard dose, i.e. 300 to 400 mg weekly.

The standard cycle length with Boldenone is between 10 and 12 weeks.

PHARMAQO
Rated 5.00 on the scale 1 - 5 based on 3 customer reviews
Chris K.
Verified purchase

Love EQ one to one ratio with my test. Blood work shows it dosed well

Was this comment useful to you? Yes No
Report abuse
adilson S.
Verified purchase

Was this comment useful to you? Yes No
Report abuse
Timo V.
Verified purchase

Helps burning fat, creates lean muscle (i have used 300/5d) with hardly any side effects.